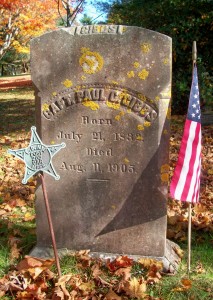 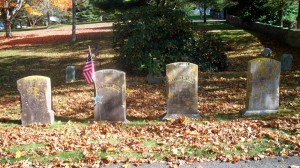 Occupation: Mariner, US Navy, Justice of the Peace, Notary; (See Notes at the bottom of this page)

Taken from “From Pocasset To Cataumet”, A Publication of The Bourne Historic Commission

“The following sketch, in Capt. Gibbs’ handwriting, is among the papers of the E. Harold Delaney family.  Mrs. Delaney was Capt. Paul Gibbs’ granddaughter.

The material is especially apropos. Capt. Gibbs was a coastal skipper but he also sailed around the Horn to California and made numerous voyages between New Orleans and Massachusetts.  He is an example of that combination seaman and businessman a New England skipper had to be.  During his service in the U.S. Navy, his ship, the U.S.S. R.R. Cuyler was at the siege of Mobile Bay; – fourth in line when Admiral Farragut gave the order, “Damn the torpedos. Full speed ahead.”  A captain ashore can’t always resist the sea.  In retirement years, Capt Paul was in demand as a boatman.  He worked one summer for M. N. Richard and several for J. H. Dwinell.

In the year 1877-78 Captain Gibbs sailed the Schooner, Daniel Webster, for owner John Essery until Feb. 15, when he bought Schooner, Cyrus Chamberlain.  This vessel was succeeded by Schooner, Angler in 1878 and the Lillie Wofford ten years later.  Not happy with this last, he sold her and had his last Schooner, Golden Ball, built to order.  Capt. Paul sailed Golden Ball for two years when in 1892 he “put my son (Capt Irving Gibbs) in charge and retired from the sea.”

Captain Irving Gibbs continued to sail in coastal trade.  He sailed to South America for coffee and to Canada for lumber.  He carried cobblestones from Rockport, Massachusetts, coal from Newport News, Virginia, and codfish and ice to the Bahamas.  It’s said that Capt. Gibbs aboard Golden Ball and Capt. Ed. Barlow aboard Schooner Jesse Barlow had many a race with their cargoes up or down the coast.